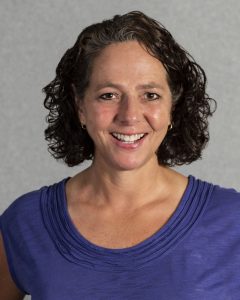 Pamela Stone, DC, DACCP is 2000 graduate of Life University’s College of Chiropractic, graduating with clinical honors. She has attained her diplomate in pediatric and prenatal care through the Academy Council of Chiropractic Pediatrics (DACCP certified), is also certified in the Webster’s Technique, a specific chiropractic sacral analysis and diversified adjustment, primarily for pregnant women. She became certified in the Webster Technique in the year 2000 and has worked on hundreds of pregnant women over the years. She is an instructor for the International Chiropractic Pediatric Association (ICPA), teaching “Perinatal Care with Webster Technique Certification” to chiropractors across the country.

Dr. Stone is part of the extension faculty of Life University, hosting 4-6 student interns per year. She is also past-president of the Georgia Birth Network, is a board member of the Academy of Chiropractic Family Practice, and is a member of the American Pregnancy Association, Holistic Pediatric Association, the Atlanta chapter of the International Cesarean Awareness Network, and is a peer reviewer for Chiropractic research journals. She has been published numerous times in the Journal of Pediatric, Maternal & Family Health – Chiropractic, the Annals of Vertebral Subluxation Research, the Journal of Vertebral Subluxation Research, Pathway’s magazine, Today’s Chiropractic magazine, Chicken Soup for The Chiropractic Soul, as well as several local magazines & newspapers. She is also a speaker at local schools and community organizations.

She holds a Bachelor of Science from the University of Massachusetts in Sport Management and spent eight years working in public relations and promotions in the sporting goods industry. While suffering from frequent headaches, she finally sought chiropractic care and within several weeks, her headaches were gone. She soon realized that her role in life was to help other people and make a difference in their lives, so she decided to change careers to become a chiropractor. 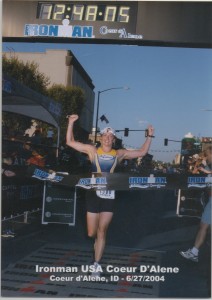 Dr. Stone is a member of MARC Running Group, OTP Endurance Sports Club, and has donated her time to the community for more than 20 years. During the past 35 years, she has completed more than 130 triathlons, including an Ironman distance race and seven Half-Ironman races (70.3). She has also completed eleven marathons and more than four dozen half marathons, has qualified for the Boston Marathon five times, and has competed in hundreds of other running races. She credits regular chiropractic care for allowing her to be healthy and injury-free.